Would we do it again?

This is a photo of our farm in France, curtesy of the farm's new owners who bought it in January 2020. Many were the hours we spent working on the land, all thirteen acres of it,  and we were able to become self sufficient for a while. It was a challenge, which even to this day surprises us with the effort it took, but it does make for some excellent memories. But.......would we want to do the same process all over again.....? And the answer is 'no'! 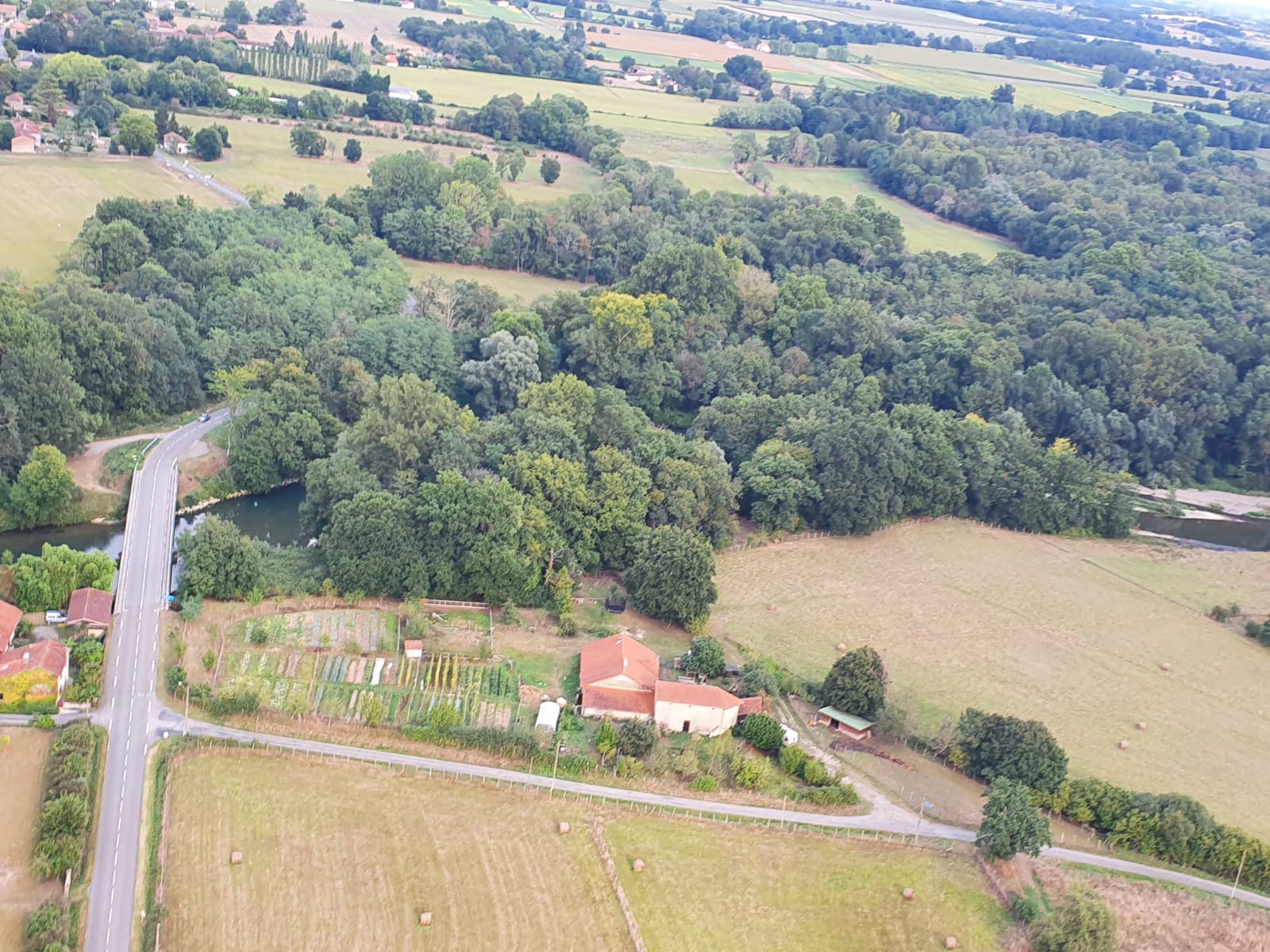 And here is our 'acreage' here, in Oswestry, England.
As you can see.....there is hardly any comparison between those thirteen acres in France.... 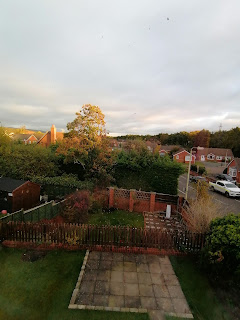 However, there is still a need within me to grow things, but instead of planting long rows of crops enough to store for the winter, it will be a rows of minimal length enough for a  week or two during the summer, grown in pots and small raised beds.  No more self sufficiency for us, but it is a happy memory of a time when we were. It is good to look back on things you have done, and which gave you pleasure, but sometimes you have to exchange the time spent on that task for something else which needs your  greater attention. For me, this is my psychic and spiritual pathway, and the teaching of others who want to follow on the same pathway in life. I am aware that I have a lot to give, and that it will be a demanding pathway, but only if I let it be.
Meanwhile, my health is getting better. The operation knocked the wind out of my sails, but I managed one and half miles yesterday on wet and muddy ground, which had my legs complaining that they did not like the effort it took to pluck my feet from out of the underfoot soggyness.
Onwards we go,
In love and light,
Vx
Posted by Vera at 18:24 7 comments:

.... a letter arrived a few days ago..... "I had the opportunity to review your recent CT scan......I am pleased to say that everything remains stable, and I have requested a further scan in one year's time. " It was sent from the surgeon who had operated on my heart in April.  It was a very 'good news' day, and contributed to a good end to 2021, after what has been a year full of life lessons needing to be learnt. I have had a urge to buy a SmartPanda diary, though. It is a working diary. Methinks that 2022 will hold another set of  'things to do', but that is my life and it is as it is, and since I asked to come into this life to learn a certain set of life lessons, then I shall carry on living, and enjoying, each day.

Gracechurch, the group who I mentioned in the last blog ( which was at least six weeks ago, and I am sorry for that, but writing had evaded me for a while ), has proved a success, with friends being gathered and providing a good end to the year by giving a performance at Ellesmere Market Hall. 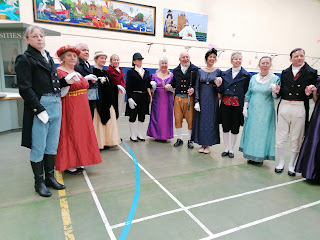 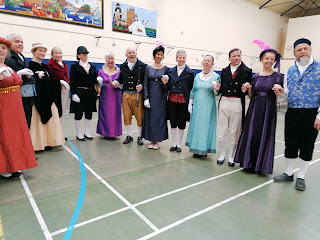 And me..... not in costume, although I had been given a round hat to wear so my head would look authentic but my hair and the rest of me would not. 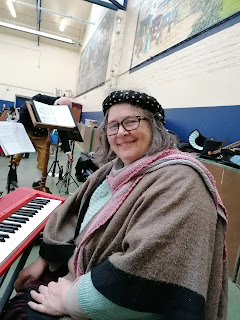 But it was fearsomely cold in the hall, so I was glad not to be wearing a silk dress, and instead was clad in sensible thermals, and a woollen jumper and shawl. It was a fun morning, and the new keyboard played well on its harpsichord setting. When next we are out in public I shall be in a silk dress, and the keyboard is going to be dressed  up as well to represent a clavichord.
It was such a treat not to be doing something sensible.......
Meanwhile, we have joined 'A Stand in the Park', which meets every Sunday morning.
( www.astandinthepark.org ) It is not a protest as such, just a coming together of like minded people who are concerned about the future....lockdowns, harmful new laws, the ‘pandemic’ the people behind ‘The Great Reset’, etc. etc
There are over one thousand parks in twenty countries.
We meet in the bandstand of the park in Oswestry, 10-12 am.
We chat, share news, share friendships, and groups in other areas of the world will be doing the same.
No need to join or have a membership, just turn up.
So....... hoping that 2022 is a good year for you, and that you will keep sailing along no matter where the winds of change take you,
In love and light
Vera x
Posted by Vera at 12:24 10 comments: 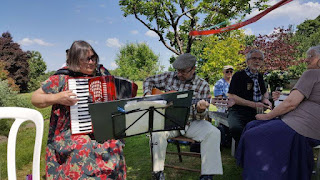 2018. Playing the accordion with my husband at an open air concert in France.

The accordion is a heavy instrument to play and requires quite a hefty work out across my chest to get it singing. It has been silent for many months. " Never again would I be able to play it ", that was my thinking. Heart operations, lack of strength in my chest and everywhere else, these were my reasons for not lifting it out of its carrying case and strapping it to myself. I contented myself with playing the piano. My chest didn't mind that.

Being pushed along by the Universe.......: So my husband had a phone call: "Would you like to come along to our rehearsal next week. Our violinist is leaving us, so we wondered if you would like to fill his slot. We are the Gracechurch Historical Dancers, and put on exhibitions of  English folk music."
It was settled...... He would be playing the violin and mandolin, and I would go along to support him. After all, I was still supposed to be in post recovery time and therefore 'delicate'.
Rehearsal over. My husband had acquitted himself well, as I knew he would. But this was only  a rehearsal for the musicians of Gracechurch, and the next rehearsal would be in the local village hall with the dancers. I was quite content to go along and watch. I was, after all, still 'delicate'.  "Not so" said The Universe.......
......... another rehearsal over.... the dancers did their folk dancing while the musicians played for them, and I watched and listened, thinking that at the next rehearsal I would bring my knitting to keep me occupied.
I heard my husband talking about the music we had played in France.
"So you play music as well?" said leader of the group to me.
"I did, but I had a operation recently .......", thinking that this was a good enough reason not to be involved.
"She plays the accordion......" my husband butted in.
In annoyance, because of my 'delicate' condition, I said " I don't anymore, and anyway the sound of the accordion would drown out all the other musicians", thinking that was the end of the conversation.
But no, I was not to be let go of so easily, because everyone has agreed that I shall play my electronic keyboard (piano) during future rehearsals. It was also agreed that I could learn the melodeon, which is to be loaned to me for the moment. A melodeon is a smaller and lighter accordion type of instrument, and therefore 'should be easier for my chest to handle', everyone said.
On the way home....I was very quiet, feeling as if I had been organised into doing too much too soon.
But if you me, what would you do as soon as the next day arrived? You would feel the excitement of a new challenge.......that is what you would do.
So.......I got the accordion out its carrying case, and lifted it up on to my chest meanwhile expecting horrendous things to happen in the chest itself, and started playing. I was out of practice, the fingers of  my left hand had lost their positional map of the bass keys, while my right hand moaned about the awkward position it was held in. But no moaning came from my chest, or anything held within my chest.
Playing the accordion again is a huge milestone for me,  and although it will take me a lot more practice before I can render a musical sound sufficient to satisfy my musicianship, this was a huge sign that I am getting better, and that my body is healing.
The accordion is still too strong and loud to be played with the Gracechurch players, but I have the piano keyboard, and maybe the melodeon if I can learn to play it. I am nervous about playing in public again, but I shall do it for me.

The Gracechurch players have an associated band called the Devil's Chair. We think they play Celtic / Medieval music. We have been invited to join them as well. As I say......being pushed along by the Universe!

from a newly non-delicate Vx