Lester said that the goats kept getting out,
that in the middle of an important telephone conference
his train of thought was interrupted by the noisy honking of a car out front,
whose driver was very upset to be stopped on her way to wherever
by an escapee goatling.
So he is keeping the goats in their pen,
just for now.

Lester said that Elise, our young heiffer, has been quite well behaved
-except for this morning when she kicked and frolicked her way to Home Field
but was not particularly enthused with actually going through the gate.
He said he smacked her bum to get her through.

Lester said that the sheep are being difficult about going down the side path,
that the other morning he 'lost' the entire flock,
and that after spending an age racing up and down the lane in search of them,
that he found them tucked away beneath the road bridge,
preparing to barge their way through the very tall bamboo of our neighbour Claudine.
He said that he managed to get them to change their minds.
He said that it was not easy.

And then there was the lamb which refused to go with the rest of the flock,
and led Lester a merry chase all round Kitchen Field,
much to the amusement of Claudine as she hung out of her upstairs window,
and who eventually came over to help him catch that naughty lamb.

Lester said that he has lost two days of goats milk
because Ice Cream has insisted on paddling a foot in the bucket
just as milking is nearing its end.
The milk has been given to the dogs.
They liked it, he said.

Lester said that he has managed to rotovate some of the Kitchen Field veg plot,
but had to stop because he ran out of petrol.
He said he would carry on when he has bought more petrol.
But we have not bought this years' seed,
so no hurry.

Lester said he had run out of food,
but not to worry,
Paul and Sara  down the road, and Caz and John over in Madiran
well, they have fed him, he said,
so he can keep going for a few days longer if need be.

Lester said that he missed me.
He said this to me on Sunday.

Last week I flew into the UK, hastily,
to sit the night watch beside my dying mother,
who has not departed of this world as yet,
but if she has her way,
soon will be.

I sat beside her for two more nights,
and then some more hours,
and I asked of her,
"Do you want me to stay and be with you?"
And she whispered,
"No, you go home...."

And then I said, choke voiced:
"Thankyou for being my Mum,"
and other words for which I have no memory
but are between her and me anyway.

So I made a return to France
to be with Lester
who was trying his best to manage our smallholding.

Meanwhile,
I wait for the phone call....

Not the best quality of video, but me and the camera did our best!

And for Diane, because she can't see the videos: 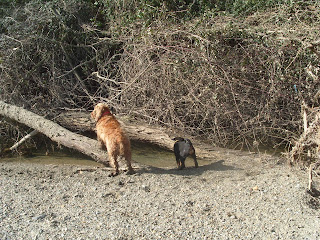 Gussy and Maz on our new beach 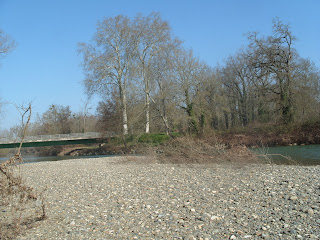 The new, but temporary, beach 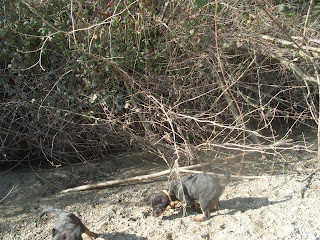 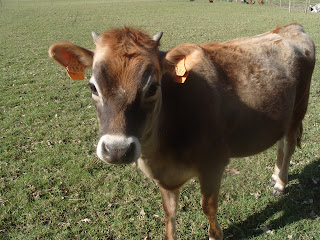 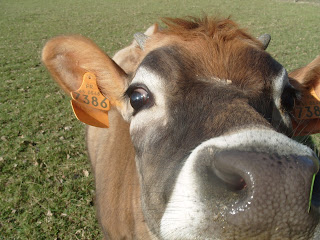 Elise giving you a kiss 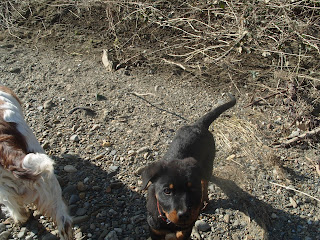 The rear end of Bools, and Blue

Wishing you a happy Sunday.